What Are the Best Sources for Fundamental Analyses? 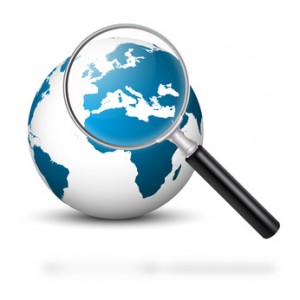 Prior to investing funds into a binary options transaction, traders typically should perform analyses on the underlying assets that will be involved. There are two primary types of investment analyses that are typically used. These include technical and fundamental.

With technical analyses, investors use the assumption that assets are priced accurately by the overall market. This tends to indicate that any type of change in an asset’s value is the direct result of movements and trends that can be predicted by analyzing historical information and charts.

What is fundamental analysis?

Fundamental analyses works in a different fashion than technical analyses. Those who use fundamental analyses do not believe that assets are correctly priced by their surrounding market, but rather that market and economic conditions such as supply and demand have a more direct effect on an asset’s price. The things that affect this supply and demand are the major, underlying realities of any financial market. These are the fundamental factors which affect price such as company earnings for stocks,  interest rates for currencies and geopolitical issues for commodities. Fundamental analysis attempts to study these factors in order to establish the general trend of a financial market. Traders can then use this information in order to base their trades.

Fundamental analysis is not necessarily only for longer term traders to take positions with the general trend of a market. For binary options traders, fundamental analysis can be used on a very short time frame such as sixty seconds or five minute options if the timing of the trade is correct. As the fundamental elements of any market include news and data releases, binary options traders hoping to take advantage of the intraday market movements that these announcements generate can do this with some straightforward analysis and timing. Trading the news is a popular binary options strategy and many traders purchase short term binary options in advance of a news release in order to capitalise on the market reaction once the news has been confirmed. Another way to trade this fundamental information is to wait for the news to dictate the short-term direction of the market and purchase binary options using this momentum to help these trades expire in the money.

When binary options traders use fundamental analyses, they are attempting to more accurately predict the true value of an underlying asset. Once this value is determined, the trader can make their investment based on which direction he or she feels that the underlying asset will move.

What to Look for When Performing Fundamental Analyses

Just as it is with most other types of transactions, the information that can be gained by a binary options trader prior to placing a trade could be the key to whether or not the trade will be profitable or unprofitable.
Several of the primary pieces of information that are used when conducting fundamental analyses include sources such as:

You can find out more about which cookies we are using or switch them off in settings.

This website uses cookies so that we can provide you with the best user experience possible. Cookie information is stored in your browser and performs functions such as recognising you when you return to our website and helping our team to understand which sections of the website you find most interesting and useful.

Strictly Necessary Cookie should be enabled at all times so that we can save your preferences for cookie settings.

If you disable this cookie, we will not be able to save your preferences. This means that every time you visit this website you will need to enable or disable cookies again.